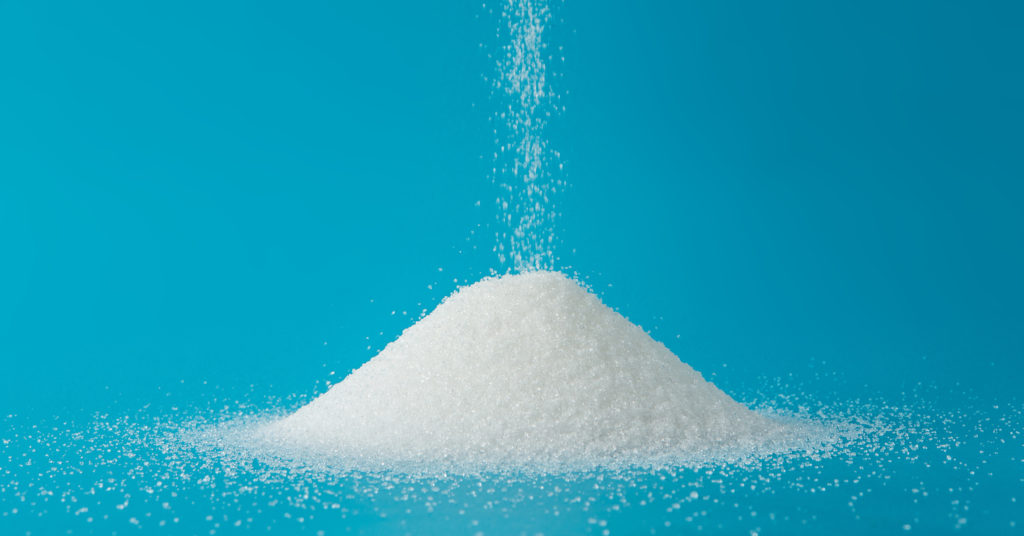 Why do people love sugar? Eating too much can cause unwanted weight gain and the types of oral health problems that require you to visit our dentist office in Clackamas. Science has tried to help replicate the flavor of sugar with artificial sweeteners that have fewer calories and that produce fewer cavities, but most people can tell the difference and prefer the real thing to any fake substitute. Turns out, there may be a very valid reason why most people just can’t quit sugar.

A recent study that marks the first-in-human demonstration has found a previously unknown sensing system in the mouth that detects the calories in sugar.

“Overall, there are two sweet-sensing pathways in the mouth: one for sweet taste and the other for detecting potential energy-burning sugars,” wrote a research team from the Monell Chemical Senses Center in Philadelphia in a statement regarding their study.

The recently identified calorie-sensitive signaling pathways work in conjunction with the previously well-studied and established sweet-taste receptors in taste buds, which are sensitive to sweetness but not calories. The results of this study could help to explain why diet sodas and other products containing artificial sweeteners have never gained the type of popularity as products that contain actual sugar.

“Now that we know this calorie-detecting taste system is operating in humans, it could help to explain the overall preference for sugared beverages over non-caloric sweetener beverages,” noted researchers.

The results of the study were recently published in the journal PLOS One.

A Better Understanding of How Humans Taste

The calorie-sensitive taste system was originally found in mice, which prompted researchers from Monell to determine whether the same mechanism existed in humans.

In mice and humans, sweet tastes are mediated by G-proteins-coupled receptors that belong to the taste receptor type 1 (T1R) family, T1R2 and T1R3 specifically. Previously research had shown that mice without these taste receptors had anticipatory insulin responses when presented with sugar, which suggested to researchers that a mechanism outside of these taste receptors existed.

Researchers discovered that the mice had separate taste bud cells that were able to successfully identify a metabolizable (has calories to burn) sweetener from a low-calorie sugar substitute. This signal works via molecular carriers called sodium-glucose cotransporters (SGLTs). In humans, SGLTs are known to control the transport of sodium and glucose across cell membranes and carry the responsibility for the reabsorption of filtered glucose from the kidney into the bloodstream.

To determine whether SGLTs also played a role humans having the ability to determine calorie-sensitivity, the researchers recruited 12 adult study participants and compared their oral detection thresholds for glucose and sucralose (an artificial sweetener) before and after administering a compound that blocked SGLTs receptors in the mouth. Under the influence of this compound, the participants’ ability to detect glucose was significantly impaired while their detection of sucralose was not.

“Our mouth can identify when a sweetener has the potential to deliver calories versus a non-caloric sweetener, which cannot,” explained the research team.

The mouth’s sensitivity is tied to the simple carbohydrate glucose, a primary component of high-fructose corn syrup and table sugar. Over human evolution, people added glucose to their diets from sources like honey and fruits.

This gives humans and other primates an almost hereditary love of sugar, not only for its taste, but for its ability to provide an energy boost, something early man had far more use for compared to today.

The data uncovered by researchers may lead to beverage companies reformulating their low-calorie sodas to make them more appealing to the average consumer. If diet beverages that don’t contain the types of sugar that contribute to oral decay become popular, that could make visiting our dentist office in Clackamas a lot more pleasant for patients who develop frequent cavities.

Posted in Blog
← What Would Happen if You Didn’t Brush for a Year?